Why do you think Zen monks live long, stress-free lives? One of their secrets: they drink Matcha Green Tea. Here are a few of the many wonderful benefits of Matcha which the Zen monks have been enjoying for hundreds of years. 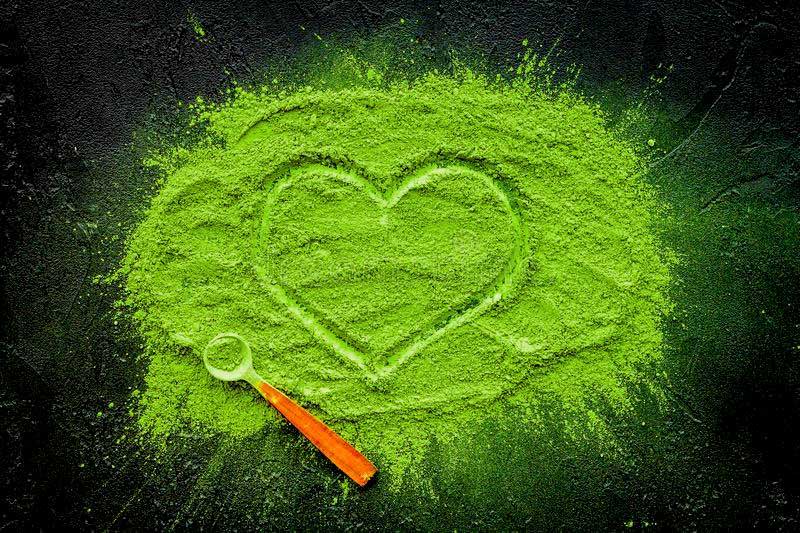 Matcha green tea contains antioxidants, just like any other green tea, which fight against the negative effects of UV radiation to give us younger-looking skin. Incredibly, studies have confirmed that a cup of Matcha green tea has around the same amount of nutrients and antioxidants as 10 cups of conventional green tea. The chemicals present in Matcha tea have the ability to combat inflammation, oxidation, and aging. People in Okinawa, Japan are known to live the longest in the world and their longevity is partly attributed to regular consumption of Matcha tea.

A few weeks before tea leaves are harvested, the tea plants are shaded to deprive them of sunlight, which causes a tremendous increase in chlorophyll production in the new growth. This chlorophyll not only gives Matcha tea its vibrant green color, but is also believed to be an excellent detoxifier.

Chlorophyll helps in cleansing the blood and aids in maintaining the alkalinity of the blood and tissues by removing heavy metals, chemical toxins, and hormone disrupters. Chlorophyll also helps in preventing the association of harmful toxins with colon walls and flushes them out of the body.

Catechins are believed to have chemopreventive properties. Among the catechins present in Matcha green tea, epigallocatechins gallate (EGCG) makes up 60% of them. EGCG scavenges for dangerous free radicals in our body and is a powerful anti-carcinogen.

While Matcha green tea is already nearly calorie-free, the catechins present in it are known to have thermogenic properties that promote fat oxidation. Matcha green tea enhances metabolism to burn calories four times faster, along with decreasing the formation of new fat cells.

A 1999 study featured in the American Journal of Clinical Nutrition demonstrated that consuming Matcha green tea increases the body’s rate of burning calories from 8-10% to 43% of daily energy expenditure. Unlike many other diet aids, Matcha tea aids in weight loss without any harmful side effects.

The samurai warriors used to drink Matcha green tea before going into battle for the tea’s energy-boosting properties. Matcha contains a unique form of caffeine that provides an energy boost without adverse effects.

This unique form of caffeine, known as Theophylline, sustains energy levels, helps in the functionality of the adrenal glands, and maintains optimum hormonal levels. The energy boost from a cup of Matcha is said to last for up to six hours

During long hours of meditation, the Zen Buddhist monks drank Matcha tea to remain calm yet alert. Credited to its unique harvesting process, Matcha contains up to five times as much L-theanine as regular green tea, a unique amino acid that has anti-anxiolytic properties and helps to boost alpha waves in the brain.

The alpha waves induce relaxation without drowsiness and put the mind in a state of alertness. Studies have found that L-theanine present in Matcha green tea inhibits the neuron excitation and provides a calming effect to the body. L-theanine also contributes to the production of dopamine and serotonin, chemicals that serve to enhance memory and promote better concentration.

The various antioxidants, L-theanine, EGCG, and many other healthy substances found in Matcha make it a potent potion that boosts the immune defense system of the body. The catechins in Matcha have antibiotic properties which provide protection against various antigens.

Just one bowl of Match provides a substantial amount of Vitamins A and C, iron, potassium, calcium, and protein to promote overall health. Furthermore, researchers have found that the nutrients in Matcha may have the ability to inhibit the attacks of HIV on human T-cells.

Matcha tea is known to help in preventing intestinal infections and in stopping the formation of tumors in the intestines. It contains a high level of dietary fiber that has the ability to ease constipation and stabilize sugar levels in the blood.

Match green tea stimulates bio-activity in the intestines. The catechins present in the tea help in stopping infections inside the intestines. The anti-cancer, antioxidant, and immunity-boosting properties of Matcha contribute to its effectiveness in combatting most intestinal problems.

The saponins in Match tea block cholesterol absorption in the intestines. Regularly drinking Matcha for 2-3 weeks reduces the concentration of creatinine in the blood, thus boosting HDL-cholesterol. This also reduces LDL-cholesterol and improves vascular function.

The benefits of EGCG do not end with its chemopreventive properties. It is also effective in fighting against various fungal, bacterial, and viral infections. It has an antibacterial effect on different microbodies that cause sickness, including Candida Albicans.

A study suggests that the contents of Matcha actually help protect against various infections, including influenza A, hepatitis B and C, and herpes. The EGCG in Matcha activates white blood cells, which hugely reduces the infections of liver, joints, gums, lungs, and intestines. 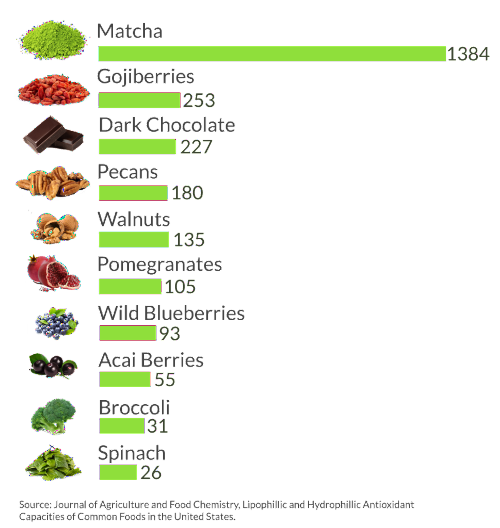